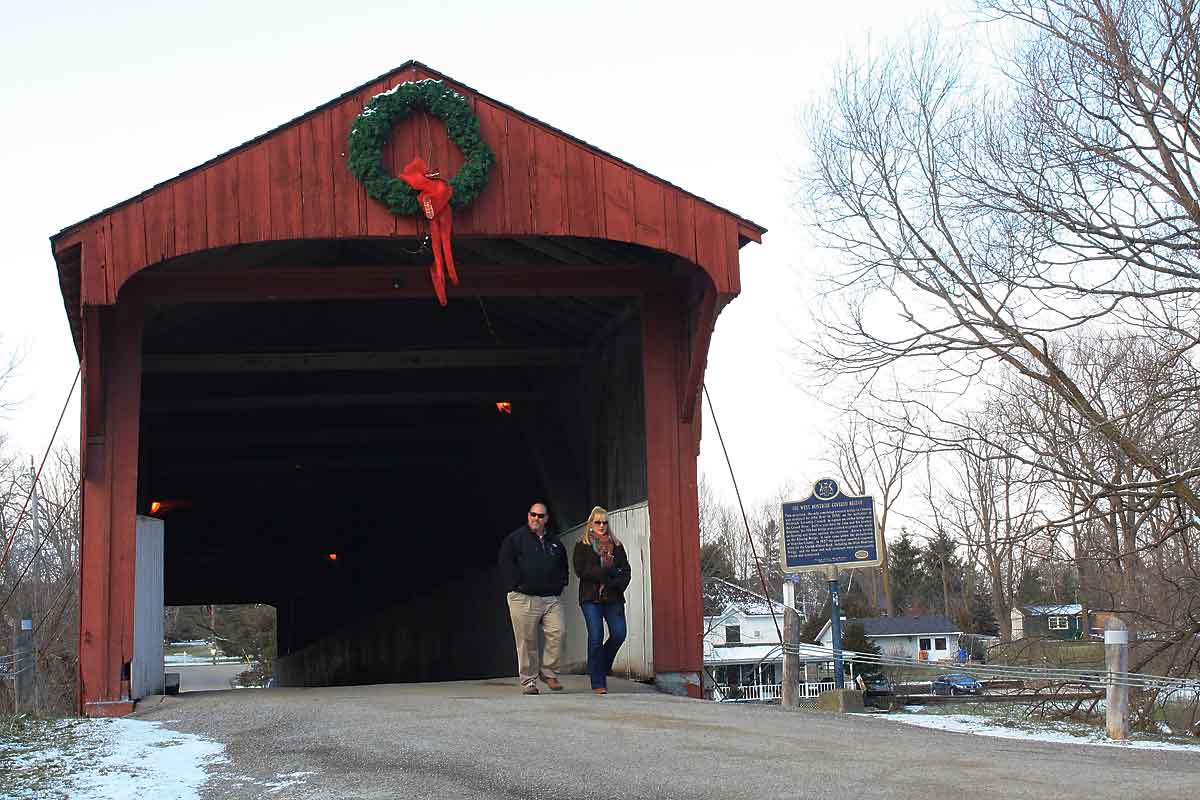 This is a continuation of yesterday's posting. While I was trying to get a shot looking into the covered bridge this couple came walking out. Rather than capturing a scene without people I believe they add so much more to it. So I snapped away. They approached me and I was expecting them to ask me why I was taking their picture. In order to justify my actions I set my mind to 100% charming. I was surprised when the young lady held out her camera to me asking if I would take a picture of them. I did better than that and took three pictures. I had detected a accent in the lady's voice, so I asked them if they were tourist. Yes, they were from Atlanta, Georgia. (Americans do have an accent especially those from the south.) In my conversation with them I told them about my experience the last time I was in Atlanta. On my drive to Florida about a decade ago the city was having one of the worst ice storms ever.
____________________________________________________ 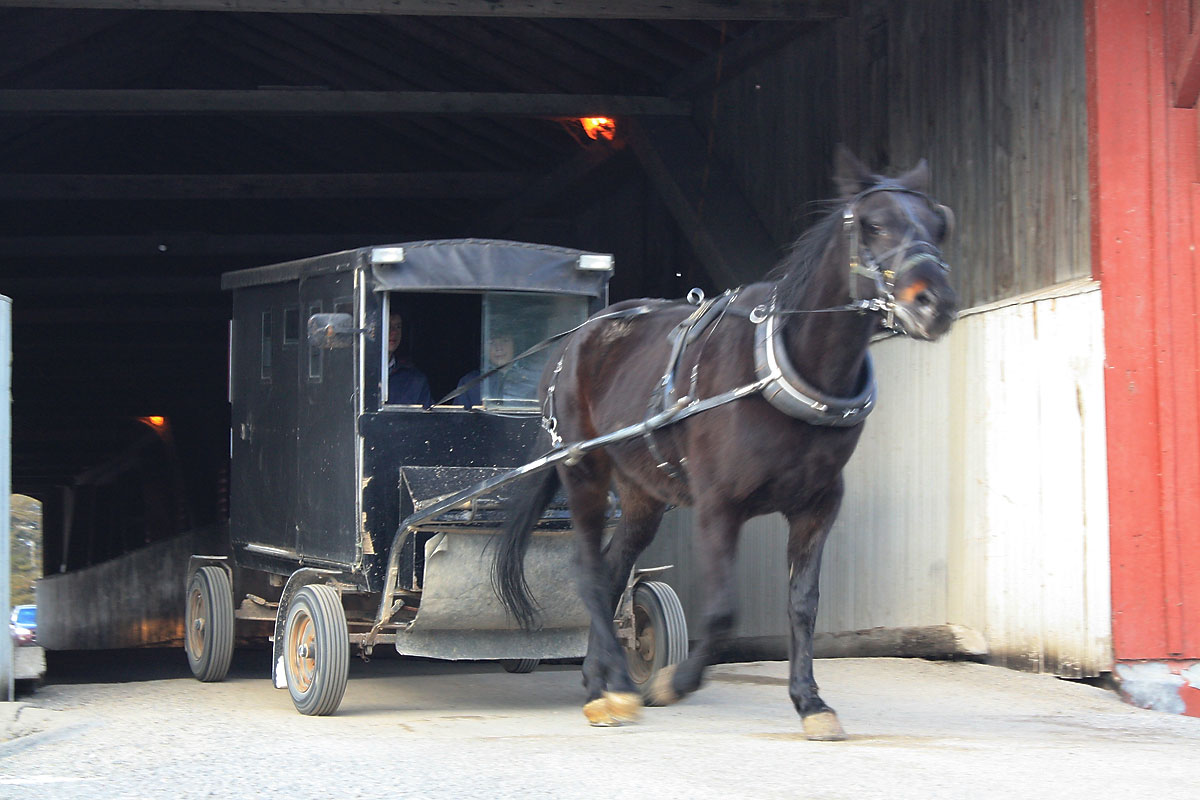 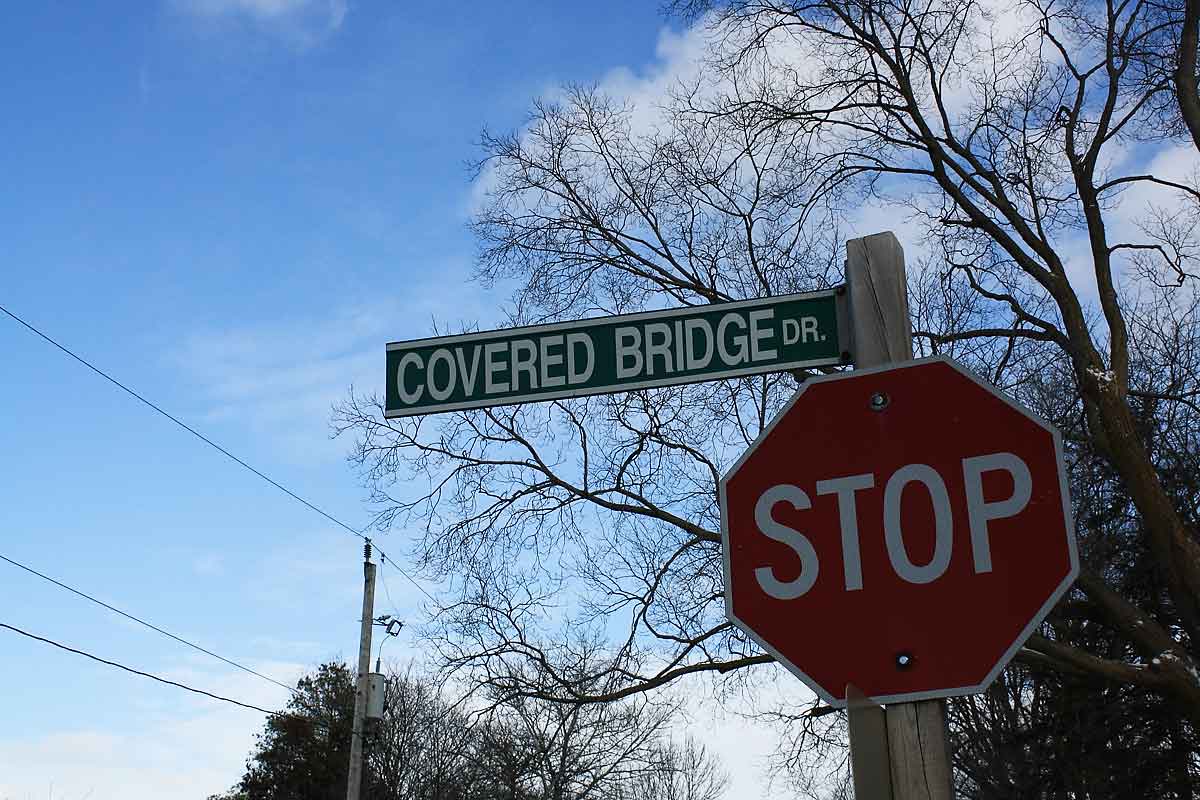 Putting a finishing touch on my story. Where would you locate a covered bridge? On Covered Bridge Drive of course. The reason it's called "The Kissing Bridge" is because it is enclosed and the soft light provides a feeling of intimacy for the romantic. I'm linking to Behind The Camera.
Email ThisBlogThis!Share to TwitterShare to FacebookShare to Pinterest
Location: 5 Covered Bridge Dr, West Montrose, ON N0B 2V0, Canada