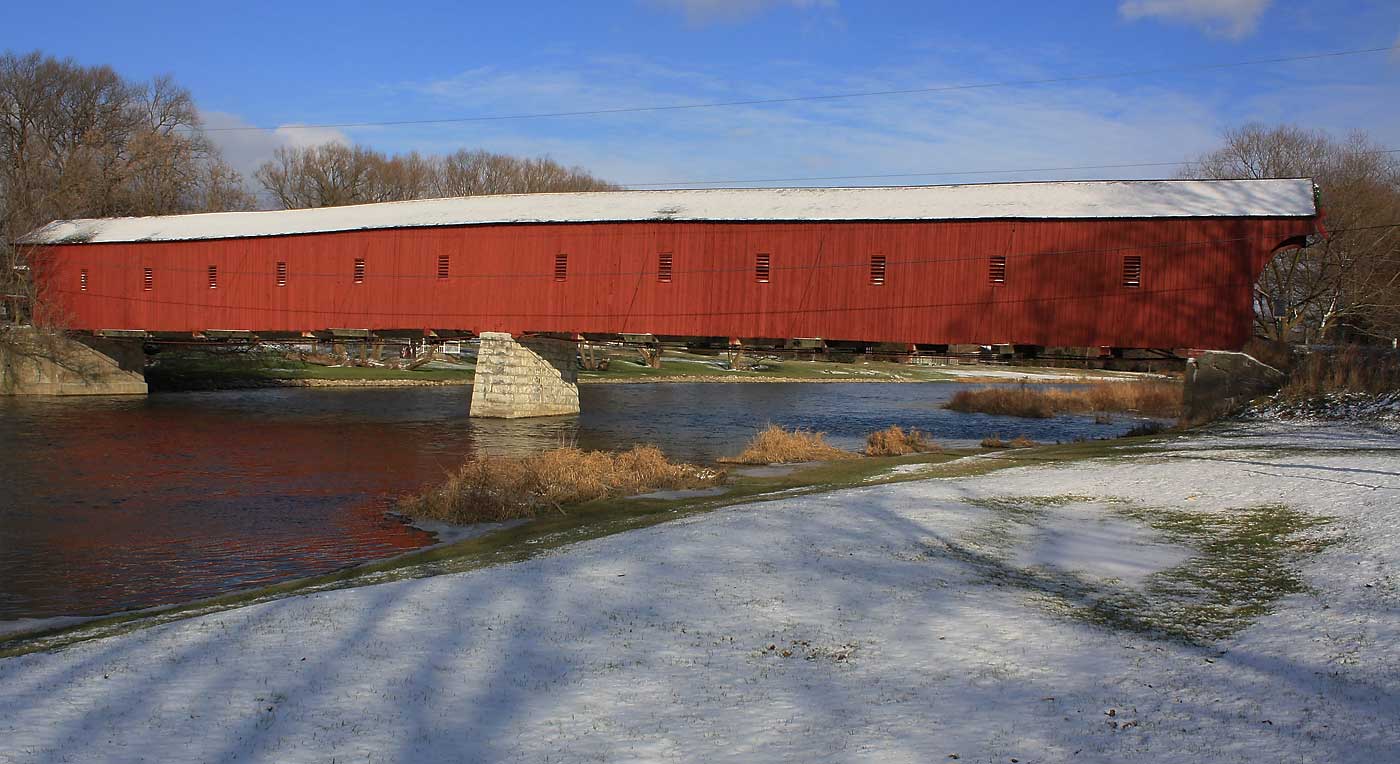 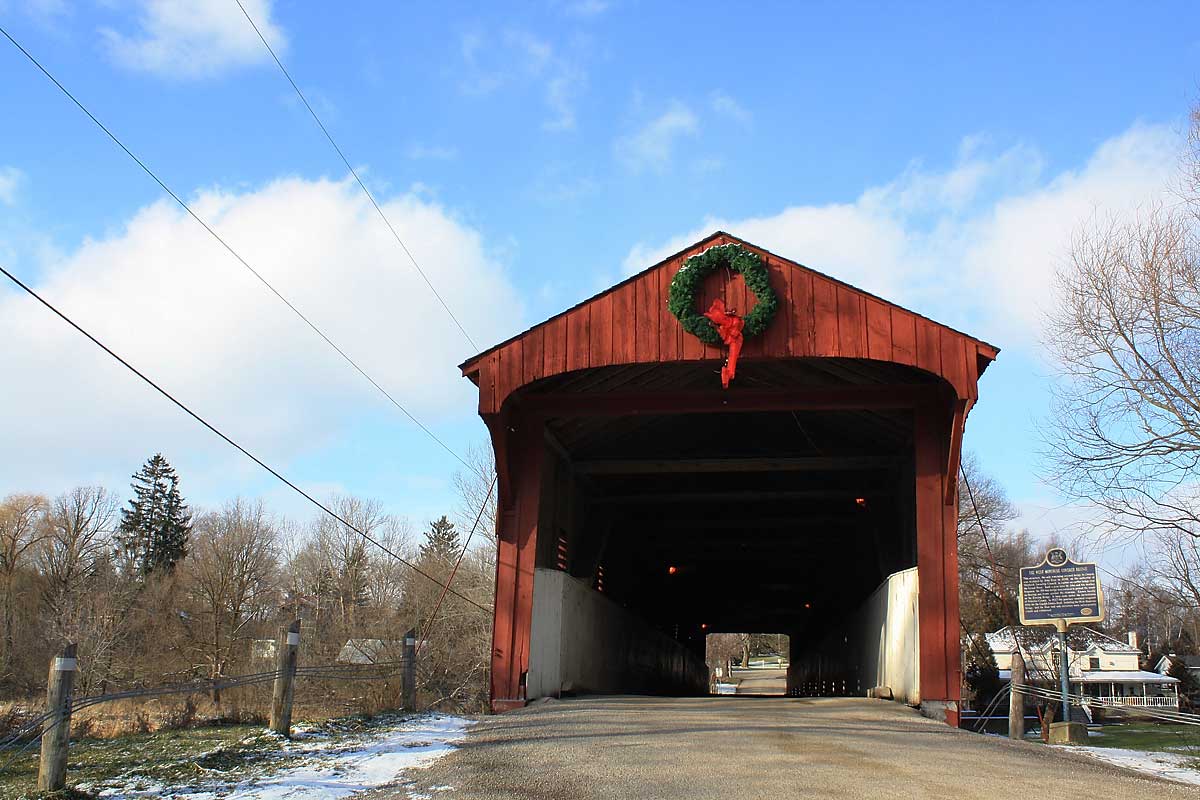 The blue sign erected by Ontario Heritage Foundation, to the right of the bridge opening reads: This structure, the only remaining covered bridge in Ontario was designed by John Bear in 1880, on the authority of Woolwich Township Council, to replace an earlier bridge over the Grand River. Built a year later by John and his brother, Benjamin, the 198-foot bridge was covered to protect the wooden flooring and frame against the elements. Known locally as the Kissing Bridge, it later came under the jurisdiction of Waterloo County. In 1937 the province assumed responsibility for the Guelph-Elmira Road, including the West Montrose Bridge, and its floor and sub-structure were subsequently rebuilt and reinforced. I'm linking to San Francisco Bay Sunday Bridges.
Email ThisBlogThis!Share to TwitterShare to FacebookShare to Pinterest
Location: 5 Covered Bridge Dr, West Montrose, Ont., Canada